The prime minister is challenged about the £12bn scheme following the release of its worst weekly performance figures.

Boris Johnson has confessed to “frustrations” at the Test and Trace system and admitted there is a need to “improve” it.

Latest figures show that less than 60% of close contacts of people who tested positive for coronavirus in England are being reached – the lowest weekly percentage since the scheme began.

Meanwhile, just 15% of people tested for COVID-19 in England at an in-person site are receiving their result within 24 hours.

Challenged about the performance of £12bn system at a Downing Street news conference, the prime minister said: “I share people’s frustrations and I understand totally why we do need to see faster turnaround times and we need to improve it.

“We need to make sure that people who do get a positive test self-isolate – that’s absolutely crucial if this thing is going to work in the way that it can.”

He added: “It is helping a bit already to break the transmission, about a million contacts have been reached – but there is more that it can do if everyone complies when contacted by NHS Test and Trace.”

Sir Patrick Vallance, the government’s chief scientific adviser, also admitted at Thursday’s news conference that there was “room for improvement” with the programme.

“It’s very clear there’s room for improvement on all of that and therefore that would be diminishing the effectiveness of this.”

However, Sir Patrick cautioned that the “effectiveness” of Test and Trace was less when there are higher numbers of coronavirus infections and that it worked best in parts of the country where cases are lower.

At the moment it is “very difficult” to remove from circulation everyone who is infectious due to the high levels of cases, he said.

Sir Patrick showed modelling that estimates between 53,000 and 90,000 people are being infected with COVID-19 each day in England.

“Obviously with that number of infections, you expect to see an increase in hospitalisations as well,” he said.

Sir Patrick warned that increasing numbers of patients in hospital with COVID-19 would see a greater impact on people with other health conditions because of the pressures on NHS capacity.

He said the R rate of infection was “about half” of its natural number due to social distancing, but stressed – as long as it is above one – the epidemic “continues to grow and it will continue to grow at a reasonable rate”.

“It is doubling perhaps every 14 to 18 days, unless the R comes below one,” Sir Patrick added.

However, he said the government was beginning to see the “real effects” of people adhering to COVID-19 measures, with “some indications that amongst young people the rates are coming down or flattening off a bit again”.

“In some areas of the country we can begin to see a little bit of flattening, possibly,” Sir Patrick added.

“So the measures are having an effect but we need to do more if the aim is to get the R below one and to shrink this epidemic.”

Asked about suggestions Britons should be preparing for a “digital Christmas” this year – without large groups of family members socialising in person – Sir Patrick said: “The numbers speak for themselves, they’re increasing and they’re not going to decrease quickly.

“I think it’s likely some measures or restrictions are going to need to be in place for a while to try and get those numbers down.

“Obviously the quicker you get the R below one, the quicker numbers come down and things then give a bit of room.

“At the moment, the numbers are headed in the wrong direction but there are some signs, in some places, of a potential flattening off of that.”

Referencing two monsters from Greek mythology, the prime minister said he was pursuing the “middle course between the Scylla of another national lockdown and the Charybdis of an uncontrolled virus”. 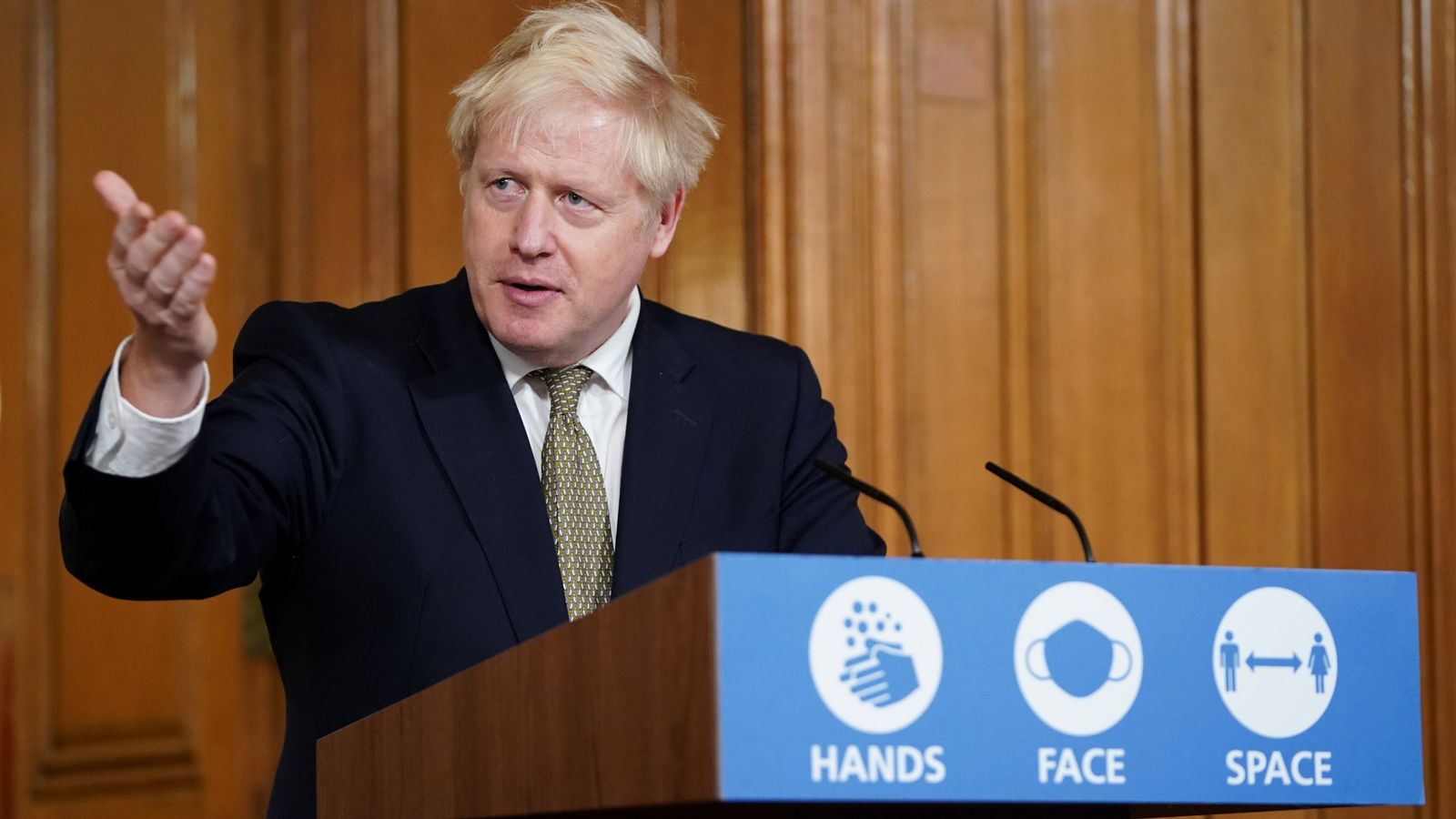