The study, by Imperial College London, says the pace of the epidemic is accelerating and estimates the number of people infected is now doubling every nine days.

Experts are warning that we are fast approaching the peak in infections seen in the spring.

The React-1 study is highly influential because it is the most up-to-date assessment of Covid-19 in the country, with the last swabs taken only on Sunday and nearly 86,000 volunteers taking part.

It shows cases are rising in every age group and in every region of England.

While cases are currently highest in the North, infections are surging more rapidly in the South.

The study compared the latest swabs collected between 16 and 25 October with the last round of swabs, between 18 September and 5 October.

Prof Steven Riley, one of the authors, said he was “really disappointed” when the data started coming in and said it meant the “current measures are not sufficient”.

He argued this could be either the general public following the rules more closely or government imposing tougher restrictions on our lives.

“If we are going to consider at some point over the winter something much more stringent it becomes a question of timing. I think these results do argue for something sooner rather than later,” Prof Riley said.

This study paints a stark picture of where we are and where we could be heading.

If there was no change in the reported nine-day doubling time, there would be more than a million infections a day by the end of November.

That is a considerable “if”, but it demonstrates the threat posed by the virus if it is allowed to grow exponentially.

Somehow, we have to navigate a challenging winter, balancing the virus and the cost of restrictions.

France and Germany have turned to forms of lockdown, albeit not as severe as those endured earlier in the year. The government here is sticking to its regional strategy.

But the hardest fact to digest today may be that it is still only October.

Spring, when hopefully the weather and vaccine will make the virus easier to control, is still a long way away.

Prof Paul Elliott, another report author, said “we’re at a critical period in the second wave” and that higher cases “will lead to more hospitalisations and loss of life”.

He said we have to cut the number of people we interact with to curb the spread of the virus.

The government is still hoping its local, targeted restrictions will work, allowing more of the economy to stay open in areas where the virus is less prevalent, according to BBC political correspondent Nick Eardley.

But it has also been at pains to say it is ruling nothing out if the virus is out of control – including nationwide measures, he added.

It comes after the environment secretary said “it’s too early to say” what Covid rules will be in place by Christmas.

George Eustice warned people “may not be able to get together in the larger groups that they normally would”.

But there were glimmers of hope in the report. Cases in the north east of England are still growing, but much more slowly than before.

And in the North East and Yorkshire and the Humber, the number of 18-24 year olds catching the virus is starting to fall, although it is rising in older age groups.

Commenting on the data, Prof Paul Hunter from the University of East Anglia told BBC News: “It’s going to be a really difficult winter.”

“Even if we’re not there now, we’ll have surpassed the peak in a week or two unless some miracle happens, but I’m not betting on it,” he said.

A lire aussi
Billie Eilish reacted to comments calling her ‘fat’ after being pictured wearing a tank top: ‘This is what I look like’

“The death rate, though, is substantially lower than it was as more young people are affected and we have better treatments.”

Prof Igor Rudan, from the University of Edinburgh, said the React-1 study should be considered “very accurate and reliable scientific evidence that shows that a very large second wave” is under way.

“It will inevitably lead to a very large number of infections, severe episodes and deaths in the coming weeks and months,” he said.

The tough new curbs on travel, businesses and gatherings are aimed at tackling a Covid-19 surge. 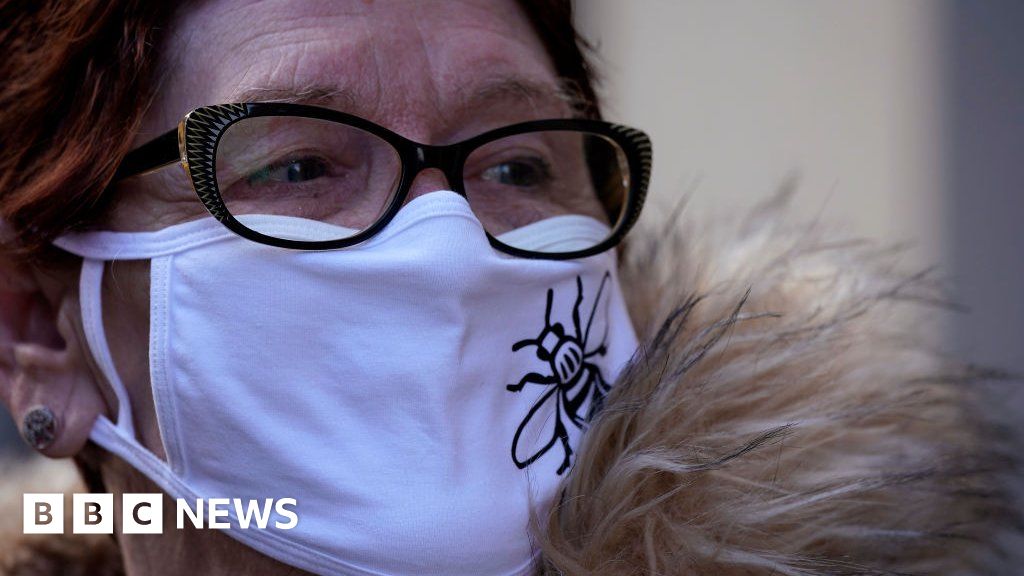