Opinion | Why Brett Kavanaugh Is Right About Wisconsin’s Ballot Deadline

Despite the left’s overreaction, the justice’s concurring opinion in an election law ruling simply restated what the Constitution already says.

For now, Vladimir Putin has been supplanted as the chief threat to the integrity of the presidential election by an American in a black robe—Brett Kavanaugh.

The Supreme Court justice’s concurrence in a decision this week slapping down a district court’s extension of a Wisconsin election deadline has been universally condemned by the center-left as a damning preview of an attempt by the court to hand the election to President Donald Trump.

Mark Joseph Stern wrote a piece for Slate titled, “Brett Kavanaugh Signals He’s Open to Stealing the Election for Trump.” He called Kavanugh’s concurrence “radical and brazenly partisan” and a clear and present danger to “the integrity of next week’s election.”

The New York Times reported that civil rights and Democratic Party lawyers viewed the concurrence “as giving public support to President Trump’s arguments that any results counted after November 3 could be riddled with fraudulent votes.”

Richard Hasen of the University of California, Irvine told the Times the concurrence revealed a “Trumpian mind-set.”

According to Vox, the Supreme Court’s decision shows that “American election law has entered a chaotic new world, one where even the most basic rules are seemingly up for grabs.”

This all speaks to the inflamed state of Kavanaugh’s critics the week before a hotly contested election rather than to the merits of his concurrence, which is commonsensical and accords with a plain reading of the Constitution.

It was the district court that overstepped its bounds and interfered in Wisconsin’s election, not Kavanaugh, who voted simply to restore the status quo prior to this judicial intervention.

Kavanaugh’s argument that “the rules of the road should be clear and settled” prior to the election would seem obvious. Does anyone think it’s better if they are confused and uncertain and changing at the last minute?

As Kavanaugh notes, a preference for rules established well ahead of time accords with the so-called Purcell principle against late changes imposed by courts. That refers to the Supreme Court’s decision in the 2006 case Purcell v. Gonzalez, when it overturned an appeals court decision blocking an Arizona voter ID law. The Supreme Court cited “the imminence of the election” and “the necessity for clear guidance to the State of Arizona.”

More fundamentally, the Constitution entrusts state legislatures with writing election rules: “the Times, Places and Manner of holding Elections for Senators and Representatives, shall be prescribed in each State by the Legislature thereof.” Or as Neil Gorsuch put it in his own concurrence, joined by Kavanaugh, “The Constitution provides that state legislatures—not federal judges, not state judges, not state governors, not other state officials—bear primary responsibility for setting election rules.”

It’s not that state rules can’t change. The disposition defended by Kavanaugh provides plenty of leeway for states to change how they are handling their elections in light of the pandemic, and he has no objection to such adjustments. It’s simply that state legislatures should make them.

Is that so hard? In her dissent sharply taking issue with Kavanaugh, Justice Elena Kagan implicitly gives away the store. She makes policy arguments for why an extension of Wisconsin’s deadline is preferable. Even if this is correct, if she wants laxer election rules in Wisconsin, Kagan should move to the Badger State and run for state legislator.

Kavanugh has been mocked for saying that late-arriving ballots could “potentially flip the results of an election.” There’s no “result” to flip until all the ballots have been counted, right? But Kavanaugh clearly meant “results” in a loose sense—he’s referring to the change from one candidate leading on election night to the another candidate pulling ahead.

Kavanaugh says that such late changes undermine faith in election outcomes. This isn’t a normative statement, but a factual one. If Trump’s attack on mail-in ballots have been unworthy of the presidency, such worries are hardly new. (If you think, by the way, that only the Right gives into these suspicions about the conduct of elections, consider how the Left thinks a cabal of Russians stole the 2016 election and a cabal of Supreme Court justices is about to steal the 2020 election.)

Kavanaugh sees the wisdom of states wanting “to be able to definitely announce the results of the election on election night, or as soon as possible thereafter.” Critics jumped on him for this, too. The Times asserted that this view “misconstrues the voting process, where official results often are not fully tabulated for days or even weeks after an election.”

Actually, Kavanaugh misconstrued nothing. In the very next sentence, he referred to states, after all the votes are counted, beginning “the process of canvassing and certifying the election results in an expeditious manner.”

The reaction to Kavanaugh’s concurrence serves to underline its basic soundness. Now that we are days away from an election, each party strongly believes that it knows what rules favor it, making for highly charged, last-minute court fights that should have been taken up in democratically elected legislatures months ago.

Kavanaugh is being set up as the boogeyman of the nasty postelection court battles that he’d prefer didn’t happen at all. 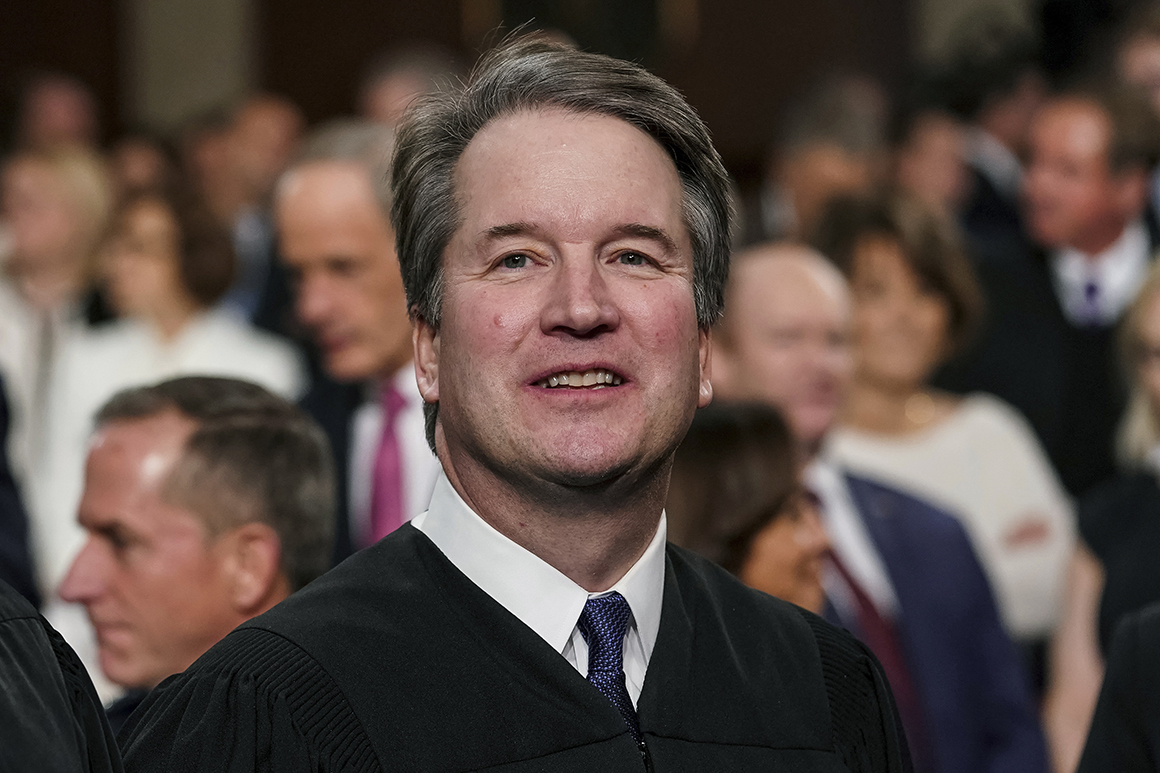